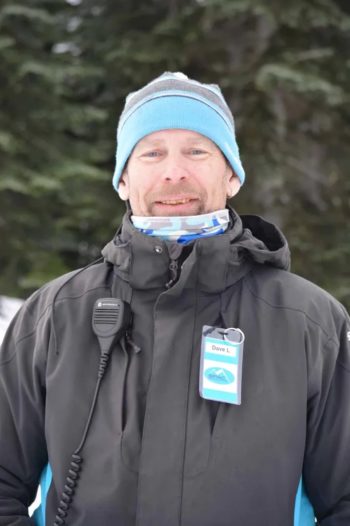 Dave continues his tenure as Program Director and Head Coach of SPAC . He is serving his 5th term as a member of PSIA’s elite National Demonstration Team. In his free-time Dave leads ski and ski racing clinics and summer camps throughout the U.S. He is the education chair and member of the ACC for PNSA. He works for the United States Ski and Snowboard Association as a clinician and certification examiner for alpine race coaches and most recently, he has been spending time working with US Ski Team athletes and coaches on a number of special projects. Click here to read more about Dave 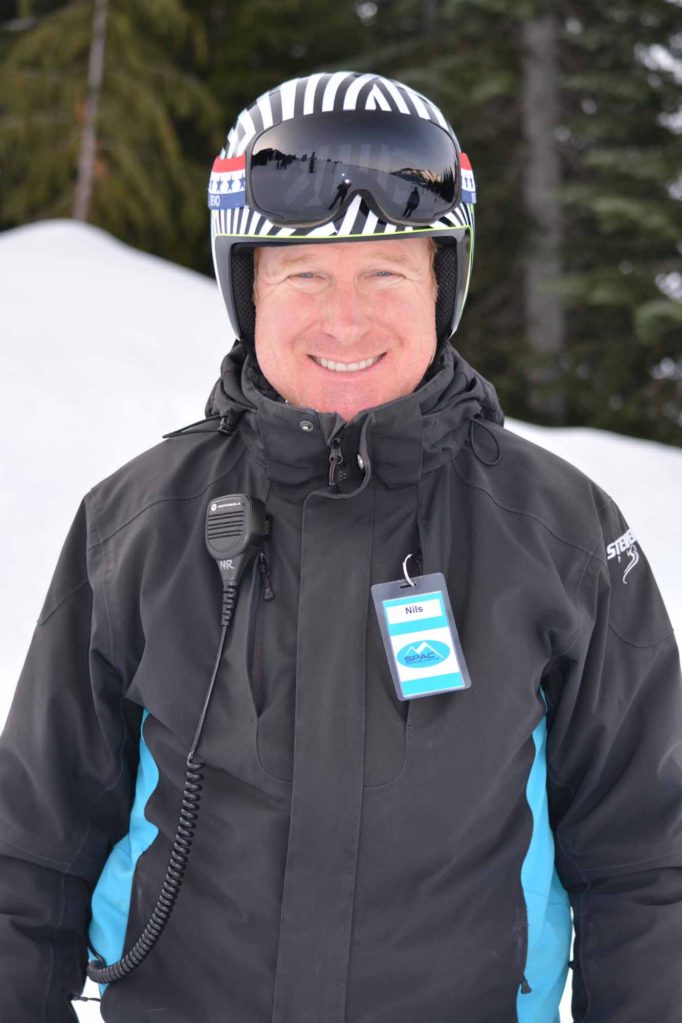 Nils’ passion for skiing and coaching/teaching began at an early age. He grew up skiing in Olympic Ski School at Stevens Pass and got his start in ski racing at age five. He then transitioned into ski teaching at the age of thirteen. His passion for skiing and ski racing continued throughout his teens, which led him into coaching for the Mission Ridge Buddy Werner Program and teaching for Mission Ridge Ski School. Those early years at Mission Ridge laid the foundation for a full-time career in ski teaching and coaching.
From that point forward, from the 1980’s until 2012 (his arrival at SPAC) Nils has worked for various other youth ski teams and ski schools. During those years he also found passion in Telemark ski racing. He competed in the NW Telemark Series and raced on the National Telemark circuit and had 6 starts on the Telemark World Cup. His time in the race course was somehow balanced with a full-time ski teaching career, as well. This naturally led him into working for PSIA-NW as a Divisional Clinic Leader in Telemark and Alpine skiing and led to a birth on the PSIA-NW Technical Team from 2010-2013. . Additionally, this full immersion in the ski racing and teaching/coaching world led him into opportunities as ski school training director and even into ski school management here at Stevens Pass.
Now, 35 years in, he is still incredibly enthusiastic about sharing his knowledge, experience, and passion for skiing and of course ski racing here at Stevens Pass Alpine Club. Being a lifelong student of the sport has put him in a unique position to be able to relate to young athletes and help them to become the best possible skiers and people they can be. Every season continues to be an enriching and satisfying adventure, which keeps him coming back for more year after year to help kids learn to ski fast and have fun on skis.
Certifications:
• PSIA Level III – Alpine
• PSIA Level III – Telemark
• AASI Level One – Snowboard
• PSIA Divisional Clinic Leader – Telemark and Alpine (2006-2018)
• Former NW Technical Team Member 2010-2013
• PSIA ACE Level One Children’s Certification
• USSA Level 100
• USSA Level 200
Email address: nils@spacracing.com 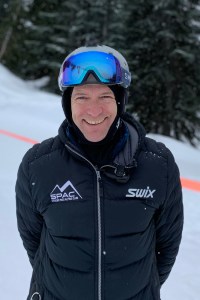 Sean is very excited to share his knowledge and passion for skiing with the athletes and looks forward to learning as much from them as he is certain they will learn from him.  When not coaching Sean loves to free ski and takes great pleasure in skiing non-stop, from top to bottom…his motto “chair lifts are for stopping and talking, not ski hills”!
Certifications and education:
• USSA Level 100 coach
• PSIA Level III Alpine with Children’s and Freestyle Accreditation
• PSIA-NW National Examiner and clinician
• Board Certified Pedorthist Mike Graves was born and raised in the local Cascades. He learned to ski at the age of 4 at Snoqualmie Summit, started having fun at Alpental, and began to ski fast with Team Alpental. The surrogate mountains of Colorado continued to hone Mike’s alpine prowess while attending CU Boulder. He is a USSA level 200 coach with over two decades of alpine coaching experience throughout the PNSA division. Mike Grimm grew up in a ski family, due to his father’s passion for the outdoors and his love of alpine competition as a youth in Montana. Mike started skiing at the age of 5, skiing at Yodelin, Stevens Pass, Mt Baker and Hurricane Ridge ski areas and then settling down at Steven Pass with the SPAC race program to train and race along with his sister and 2 brothers for 10 years.
Coaching goals:
To develop young racers to ski fast using solid technical and tactical skills, while having fun doing it.
Certifications:
• USSA Level 2 Coach
• PSIA Cert
Experience:
• Coaching career spans 1981 to 2017
• SPAC Staff JR Coach 1982-1984
• Staff Coach for Mission Ridge Ski Academy 1985-1986
• Head Coach for Mission Ridge Ski Academy 1987-1992
• SPAC Staff JR Coach 1994
• Head Jr SPAC Coach 1995-1999
• SPAC Staff Coach 2003-Current
• Represented PNSA as Head Coach for Western Regional and J1/J2 Olympic events Emily brings equal parts energy, joy, and commitment to progression of skills & self to the table as her ski coaching philosophy. In addition to preparing athletes to perform under the pressure of a dynamic sport, her ultimate goal is to nurture love of the sport and the natural environment & community that enables it. During the week, she works as a commercial solar sales analyst at Omnidian, a technology-enabled services startup providing performance assurance and energy guarantees for commercial and residential solar.
Certifications:
Level 100 USSA Coaching certification
Experience:
4 years coaching experience 3 with SPAC (2015-2017) and Snowshoe, WV (2014 – Intrawest)
Collegiate (USCSA, UNC-Chapel Hill) club ski race team & high school (USSA, Sugar Mountain, NC) I grew up ski racing at Mt Hood, Oregon on the Mt. Hood Race Team.  I also raced for Bogus Basin Ski Racing Alliance.  I raced in Junior Olympics, U.S. Nationals, and NORAMS.  I continued to race through College on scholarship at Montana State University.  In 1987 I was crowned the NCSA National Slalom Champion.  I was an All-American my Junior and Senior year, and captain my senior year.  I started my coaching career at Bridger Bowl Montana during my last year in College and have been coaching since.
Coaching goals:  To make sure all kids are “having fun”.  I want to continue to grow as a coach and give back to the kids more than what I got out of ski racing and more!
Certifications:
• Level 1 Ski Coach
• Certified Athletic Trainer
• Licensed Athletic Trainer 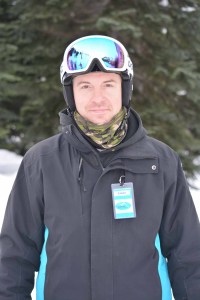 Jason is returning to coaching after following other interests and starting his own business.  He has opened up the time in his life in order to give the athletes what he feels they deserve from a coach.  Jason has always been extremely passionate about ski racing and has been a past member of PSIA-NW tech team and a Level 3 instructor.  He has a special way of relating to athletes that they love. 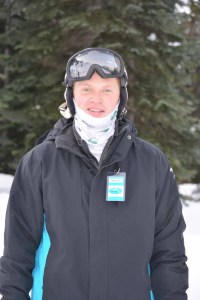 Spencer has raced for more than 15 years at very competitive levels, much of which was with Dave Lyon as his coach. He hopes to use his recent experiences from racing at a high level to help mentor and guide athletes of the next generation. I have enjoyed teaching skiing for 21 years starting in 1984 with North South Ski Bowl where I helped with the small but energetic race team.  I have taught skiing for Blue Wood, Alpental, Mini Mountain, Lyons ski schools and I have coached for SPAC mighty mite program.  I currently have my PSIA level one Alpine certificate .
Through the years I have encouraged my kids Chandler and Karey to learn to ski well.  While Chandlers ski carrier is purely recreational, Karey has improve her skiing in the SPAC junior program and is now instructing at Mount Baker.   One of my favorite things is to help young skier’s skill set move from wedge to rail. Having a father that ski patrolled at Whistler for 10 years when he was young, Christopher started skiing on Mt. Aerosmith just outside of Port Alberni, BC. Raced for the Mt. Washington ski team on Vancouver Island until 10 years old and carried onto ski lessons through Lyon Ski School before becoming an instructor. Raced for the Washington State University Ski Team until 2002 and then returned to teach for Lyon Ski School from 2006-2016. Christopher has 3 children, 2 still on the mountain, Madison (U19) and Dylan (U12). He served on the board of directors for SPAC from 2013-2017. Christopher has an individualistic approach to each and every athlete and likes to focus on the fundamentals in skiing excellence and enjoyment of the sport that will help develop the athletes as they progress and provides a very high energy positive learning environment.
Certifications:
• PSIA Level 2 Alpine
• Coaching level 100
• Chief of Race
• Lead Juror
• Referee
Experience:
• Lyon Ski School 1997-1998 and 2006-2016
• Stevens Pass Alpine Club since 2016